Marine monsters on the sarcophagus of Shi’s tomb

In 2003 was excavated around Xi-an in China a unique stone sarcophagus in the shape of house from the tomb of a Sogdian sārthavāha (caravan leader) Shi’Jûn (史君) and his wife, dating from the end of the sixth century A.D. On the four walls of this sarcophagus is depicted continuously the life story of Shi’Jûn who was Zoroastrian, especially after the Judgement at Cinvat Bridge.

Among many scenes, what draws my attention is representation of various fabulous marine monsters. They are partly in the shape of lion, ram, goat, camel and seahorse. The seahorse has a fishtail while others have hind-body in the shape of vine-scroll. Those with vine-scrolled hind-body might be regarded as a transformed Ketos. Ketos is Greek marine monster and is regarded as divine escort of the dead. Therefore these monsters might be endowed with the same function as Ketos has. This holds true also of the seahorse.

The image of seahorse might have been brought from Sogdiana while those of other monsters probably from Gupta India.

The reason why those monsters were employed on this Zoroastrian sarcophagus might be the psychopompos function of Ketos and seahorse that were believed to bring safely the souls of the dead Shi’Jûn and his wife to be resurrected in the Paradise. 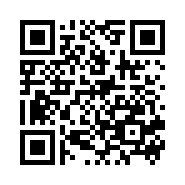