In the long and distinguished history of Chinese bronze casting there have been several distinct episodes when major changes were made in the range of bronze types in common use. One of these occurred in the early decades of Han rule. During the preceding centuries of the Warring States period, bronze that can be recognised as highly valued by their numbers, their sizes or their decoration inclued hu, ding, dun, jain, and sets of bells. In the Han, by contrast, bells, as well as ding and dun, were of much less significance, indeed dun had disappeared. Hu, on the other hand, continued to be cast and, deing elaborately decorated, were persumably much prized. Fine decoration makes it possible to simgle out other highly regarded Han bronzes, which, as well as hu, included sharply angled basins, a variety of vessels whose shapes derived from lacquer, among them a cylindrical lideed vessel known as a zun, incense burners and lamps.

This paper will suggest that some of these bronzes types and also the use with them of sculptural figures and brilliantly coloured decoration of inlay or gilding were features that the Han had acquired from the South, especially from the area formerly part of the Chu state. 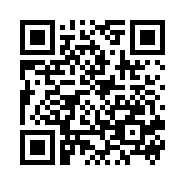