2. The Republic of China (aka Taiwan) was founded in 1911, in China. In 1949 they fled from the communists and came into exile.
→It's not "aka Taiwan", should be "which occupies Taiwam".

4. Taiwan has its own year counting system. We are currently in the year 107 (since 1911, when the last Chinese dynasty fell).
→It's not "Chinese dynasty" but "Qing dynasty", there is no such a dynasty named "Chinese".

5. Besides the main island, Taiwan also controls half a dozen smaller islands, including Jinmen (also Kinmen, Quemoy), right off the coast of China. This used to be one of the most militarized places on earth.

6. Every receipt you get is at the same time a lottery ticket. Every two months you go through your tickets to see if you won. Supposedly this helps prevent tax fraud.

7. With 286 mountain summits over 3000 meters, Taiwan has the largest number and density of mountains in the world.

10. Take-out tea shops are everywhere, and the choice they offer is overwhelming. You could have a lemon wulong-green tea with little sugar and regular ice, a black tea with ice cream, a matcha latte, or just a fresh unsweetened green tea.

11. Taiwan was under Japanese rule for 50 years, and Hokkien (Taiwanese) has a significant number of Japanese loan words. This also influenced Taiwanese hot spring culture.

12. Being on a fault line Taiwan sees a lot of earthquakes. The last few months have been especially rocky. The biggest quake in recent history was in 1999, a 7.5 quake killing 2415 people.

13. Taiwan also gets a lot of taiphoons, the biggest recent one was taiphoon Morakot in 2009. Some of the damage is still being repaired.

14. The good thing about being on a fault line is that there are tons of hot springs scattered across the island. Most are developed, but there are also some wonderful spots in untouched nature.

15. Taiwanese has an amazing food culture, with influences from all over China, as well as Japanese and Austronesian. People love to eat all day long, and every town seems to have their local specialty.

16. Taipei like many big cities has a prepaid swipe card for public transport, the cool thing about the Easy Card is that it's used across the country, and you can use it also in stores, taxis, and lots of other places.

17. Taiwan is smaller than the Netherlands, but bigger than Belgium, and with 20 million people it's densely populated. Still, there's a lot of beautiful nature to explore, and the green mountains are never far off.

18. Convenience stores here are amazing, I could do a whole thread about them. There are four main chains, 7-11 and Family Mart are the big ones, they're *everywhere* and open 24/7.

20. Every bus in Taiwan has a shield on the back with the name of the driver. Talking about accountability!

21. The Taipei and Kaohsiung subway are great (Taichung is being built). Every station has clean toilets. You're not allowed to eat or drink in the trains, and people respect that, they won't even take a sip of water. You listening, Berlin?

22. Taiwanese aborigines say that "the mountain is my fridge". They know dozens of wild vegetables to pick and cook. Some restaurants specialize in these.

23. Also cool about the subway, every carriage has seats reserved for elderly, infirm, pregnant women, or children, and again people really respect this.

24. Taiwanese police is extremely helpful. If you get stuck in the countryside go to a police station, they'll let you shower and give you a place to sleep, they'll even advance you money if you need it.

26. The relationship with China is... complicated. China considers Taiwan a renegade province that must eventually be reunited, by force if necessary, even though the PRC never controlled Taiwan.

27. China uses its economic power to keep Taiwan out of international organizations, and to stop other countries from officially recognizing Taiwan. Sometimes there's a compromise, eg in international sport events Taiwan is called "Chinese Taipei".

28. For decades there were no direct flights between Taiwan and China, you had to go through (then British) Hong Kong.

29. Meanwhile many Taiwanese have relatives and business interests in the mainland, not to mention deep cultural ties, but they don't want China messing up their democracy, free press, etc. 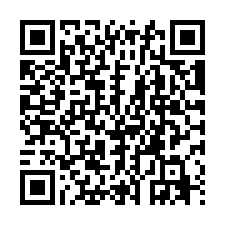