Bouvard and Pécuchet is the narrative of two loony Parisian bachelors who, at a chance meeting, discover between themselves a profound sympathy, and also that they are both copy clerks. They share a distaste for city life and particularly for their fate of sitting behind desks all day. When Bouvard inherits a small fortune the two buy a farm in Normandy, to which they retire, expecting there to meet head-on the reality that was denied them in the half-life of their Parisian offices. They begin with the notion that they will farm their farm, at which they fail miserably. From agriculture they move to a more specialized field: arboriculture. Failing that they decide upon garden architecture. To prepare themselves for each of their new professions, they consult various manuals and treatises, in which they are extremely perplexed to find contradictions and misinformation of all kinds. The advice they find in them is either confusing or utterly inapplicable; theory and practice never coincide. But undaunted by their successive failures, they move on inexorably to the next activity, only to find that it too is incommensurate with the texts which purport to represent it. They try chemistry, physiology, anatomy, geology, archeology...the list goes on. When they finally succumb to the fact that the knowledge they've relied upon is a mass of contradictions, utterly haphazard and quite disjunct from the reality they’d sought to confront, they revert to their initial task of copying. Here is one of Flaubert’s scenarios for the end of novel:

They copy papers haphazardly, everything they find, tobacco pouches, old newspapers, posters, torn books, etc. (real items and their imitations. Typical of each category).
Then, they feel the need for taxonomy. They make tables, antithetical oppositions such as “crimes of the kings and crimes of the people”—blessings of religion, crimes of religion. Beauties of the history, etc.; sometimes, however, they have real problems putting each thing in its proper place and suffer great anxieties about it.
—Onward! Enough speculation! Keep on copying! The game must be filled. Everything is equal, the good and evil. The farcical and the sublime—the beautiful and the ugly—the insignificant and the typical, they all become an exaltation of the statistical. There are nothing but facts—and phenomena.
Final bliss.

In an essay about the novel, Eugenio Donato argues persuasively that the emblem fort the series of heterogeneous activities of Bouvard and Pecuchet is not, as Foucault and others have claimed, the library-encyclopedia, but rather the museum. This is not only because the museum is a privileged term in the novel itself, but also because of the absolute heterogeneity it gathers together. The museum contains everything th library contains and it contains the library as well:

If Bouvard and Pécucher never assemble what can amount to a library, they nevertheless manage to constitute for themselves a private museum. The museum, in fact, occupies a central position in the novel; it is connected to the characters’ interest in archeology, geology, and history and it is thus though the Museum that questions of origin, causality, representation, and symbolization are most clearly stated. The Museum, as well as the questions it tries to answer, depends upon an archeological epistemology. Its representational and historical pretensions are based upon a number of metaphysical assumptions about origins—archeology intends, after all, to be a science of the archēs. Archeological origins are important in two ways: each archeological artifact has to be an original artifact, and these original artifacts must in turn explain the “meaning” of a subsequent larger history. Thus, in Flaubert’s caricatural example, the baptismal font that Bouvard and Pécuchet discover has to be a Celtic sacrificial stone, and Celtic culture has in turn to act as an original master pattern for cultural history. 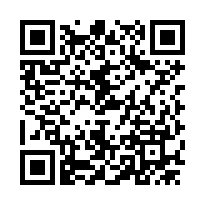