The beginning of modernism in painting is usually located in Manet’s work of the early 1860s, in which painting’s relationship to its art-historical precedents was made shamelessly obvious. Titian’s Venus of Urbino is meant to be as recognizable a vehicle for the picture of a modern courtesan in Manet’s Olympia as is the unmodeled pink paint that composes her body. Just one hundred years after Manet thus rendered painting's relationship to its sources self-consciously problematic, Rauschenberg made a series of pictures using images of Velázquez’s Rokeby Venus and Ruben’s Venus at Her Toilet. But Rauschenberg’s references to these old-master paintings are effected entirely differently from Manet’s; while Manet duplicates the pose, composition and certain details of the original in a painted transformation, Rauschenberg simply silkscreens a photographic reproduction of the original onto a surface that might also contain such images as trucks and helicopters. And if trucks and helicopters cannot have found their way onto the surface of Olympia, it is obviously not only because such products of the modern age had not yet been invented; it is because of the structural coherence that made an image-bearing surface legible as a picture at the threshold of modernism, as opposed to the radically different pictorial logic that obtains at the beginning of postmodernism. Just what it is that constitutes the particular logic of a Manet painting is discussed by Foucault in an essay about Flaubert’s Temptation of St. Anthony:

Déjeuner sur l’Herbe and Olympia were perhaps the first "museum" paintings, the first paintings in European art that were less a response to the achievement of Giorgione, Raphael, and Velázquez than an acknowledgement (supported by this singular and obvious connection, using this legible reference to cloak its operation) of the new and substantial relationship of painting to itself, as a manifestation of the existence of museums and the particular reality and interdependence that paintings acquire in museums. In the same period, The Temptation was the first literary work to comprehend the greenish institutions where books are accumulated and where the slow and incontrovertible vegetation of learning quietly proliferates. Flaubert is to the library what Manet is to the museum. They both produced works in a self- conscious relationship to earlier paintings or texts—or rather to the aspect in painting or writing that remains indefinitely open. They erect their art within the archive. They were not meant to foster the lamentations—the lost youth, the absence of vigor, and the decline of inventiveness—through which we reproach our Alexandrian age, but to unearth an essential aspect of our culture: every painting now belongs within the squared and massive surface of painting and all literary works are confined to the indefinite murmur of writing.

At a later point in this essay, Foucault says that “Saint Anthony seems to summon Bouvard and Péchchet, at least to the extent that the latter stands as its grotesque shadow.” If the Temptation points to the library as the generator of modern literature, then Bouvard and Pécuchet fingers it as the dumping grounds of an irredeemable classical culture. Bouvard and Pécuchet is a novel that systematically parodies the inconsistencies, irrelevancies, the massive foolishness of received ideas in the mid-19th century. Indeed, a “Dictionary of Received Ideas” was to comprise part of a second volume of Flaubert’s last, unfinished novel. 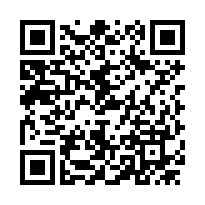