We have here yet another example of Kramer's moralizing cultural conservatism disguised as progressive modernism. But we also have a very interesting estimation of the discursive practice of the museum in the period of modernism and of its present transformation. Kramer’s analysis fails, however, to take into account the extent to which the museum ‘s claims to represent art coherently have already been opened by the practice of contemporary—postmodernist—art.

One of the first applications of the term postmodernism to the visual arts occurs in Leo Steinberg's “Other Criteria” in the course of a discussion of Rauschenberg’s transmutation of the picture surface into what Steinberg calls a “flatbed,” referring, significantly, to a printing press. This flatbed picture plane is an altogether new kind of picture surface, one that effects, according to Steinberg, “the most radical shift in the subject matter of art, the shift from nature to culture.” That is to say, the flatbed is a surface which can receive a vast and heterogeneous array of cultural images and artifacts that had not been compatible with the pictorial field of either premodernist or modernist painting. (A modernist painting, in Steinberg’s view, retains a “natural” orientation to the spectator’s vision, which the postmodernist picture abandons.) Although Steinberg, writing in 1968, could not have a very precise notion of the far-reaching implications of his term postmodernism, his reading of the revolution implicit in Rauschenberg's art can be both focused and extended by taking this designation seriously.

Presumably unintentionally, Steinberg’s essay suggests important parallels with the “archeological” enterprise of Michel Foucault. Not only does the very term postmodernism imply the foreclosure of what Foucault would call the épistèmé, or archive, of modernism, but even more specifically, by insisting upon the radically different kinds of picture surfaces upon which different kinds of data can be accumulated and organized, Steinberg selects the very figure that Foucault employs to represent the incompatibility of historical periods: the tables upon which their knowledge is tabulated. Foucault’s project involves the replacement of those unities of humanist historical discourse such as tradition, influence, development, evolution, source, and origin with concepts like discontinuity, rupture, threshold, limit and transformation. Thus, in Foucault's terms, if the surface of a Rauschenberg painting truly involves the kind of transformation Steinberg claims it does, then it cannot be said to evolve from, or in any way be continuous with a modernist picture surface. And if Rauschenberg's flatbed pictures are experienced as effecting such a rupture or discontinuity with the modernist past, as I believe they do and as I think do the works of many other artists of the present, then perhaps we are indeed experiencing one of those transformation in the epistemological field that Foucault describes. But it is not, of course, only the organization of knowledge that is unrecognizably transformed at certain moments in history. New institutions of power as well as new discourses arise; indeed, the two are interdependent. Foucault has analyzed the modern institutions of confinement— the asylum, the clinic and the prison—and their respective discourses formations—madness, illness, and criminality. There is another such institution of confinement ripe for analysis in Foucault's terms—the museum—and another discipline—art history. They are the preconditions for discourse that we know as modern art. And Foucault himself has suggested the way to begin thinking about this analysis. 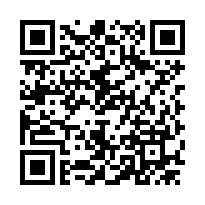