The German word Museal [museumlike] has unpleasant overtones. It describes objects to which the observer no longer has a vital relationship and which are in the process of dying. They owe their preservation more to historical respect than to the needs of the present. Museum and mausoleum are connected by more than phonetic association. Museums are the family sepulchers of work of art.

In this review of the new installation of 19th-century art in the André Meyer Galleries of the Metropolitan Museum, Hilton Kramer attacked the inclusion of salon painting. Characterizing that art as silly, sentimental and impotent, Kramer went on to assert that, had the reinstallation been done a generation earlier, such pictures would have remained in the museum’s storerooms to which they had so justly been consigned:

It is the destiny of corpses, after all, to remain buried, and salon painting was found to be very dead indeed.
But nowadays there is no art so dead that an art historian cannot be found to detect some simulacrum of life in its moldering remains. In the last decade, there has, in fact, arisen in the scholarly world a powerful sub-profession that specializes in these lugubrious disinterments.

Kramer’s metaphor of death and decay in the museum recalls Adorno’s essay, in which the opposite but complementary experience of Valéry and Proust at the Louvre are analyzed, except that Adorno insists upon this museal mortality as a necessary effect of an institution caught in the contradictions of its culture and therefore extending to every object contained there. Kramer, on the other hand, retraining his faith in the eternal life of masterpieces, ascribes the conditions of life and death not the museum or the particular history of which it is an instrument but to artworks themselves, their autonomous quality threatened only by the distortions that a particular misguided installation might impose. He therefore wishes to explain “this curious turnabout that places a meretricious little picture like Gérôme’s Pygmalion and Galatea under the same roof with masterpieces on the order of Goya’s Pepito and Manet’s Woman with a Parrot. What kind of taste is it—or what standard of values—that can so easily accommodate such glaring opposites?”

The answer [Kramer thinks] is to be found in that much-discussed phenomenon – the death of modernism. So long as the modernist movement was understood to be thriving, there could be no question about the revival of painters like Gérôme or Bouguereau. Modernism exerted a moral as well as an esthetic authority that precluded such a development. But the demise of modernism has left us with few, if any, defenses against the incursions of debased taste. Under the new post-modernist dispensation, anything goes…
It is an expression of this post-modernist ethos … that the new installation of 19th-century art at the Met needs … to be understood. What we are given in the beautiful André Meyer Galleries is the first comprehensive account of the 19th century from a post-modernist point of view in one of our major museums. 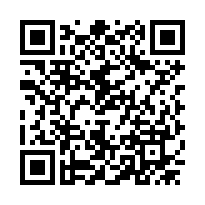