Since Korean art is, by nature, folk art, in it religion, life, and art are not separated. Hence Korean art is not art meant purely for appreciation, art in the more modern sense of the word. In the Korean tradition, art is religion and art is life. Thus Korean art is not commercialized art and so always lacks a flavor of delicacy or neatness. Instead, it is all the richer in simplicity, warmth, and in generousness.

First let us consider regularity in Korean art. Korean art is lacking in regularity. Even at the Sokkuram Grotto in Kyongju, though the structural form is symmetrical, the sculptures, especially the eight guardian figures, are not perfectly symmetrical. Pottery is another example: household dishes are not all perfectly round but many are of a distorted and lopsided shape. However, while the form is not perfect, a musical, rhythmical beauty is expressed. Here I can endorse Yanagi Soetsu’s statement that the beauty of Korean art is in its line: while the form is not perfect it is musical and rhythmic, and the lines combine graceful fragility with vitality. This graceful delicacy, supplemented by uniformity of color, results in a tranquil beauty. However, as can be seen in Koryo Dynasty celadon and Yi Dynasty white-ware, the color is not just plain white or plain green; it is condensed and intensified so that it possesses variety steeped in richness and strength. This quality is identical with the bold, sleek handsomeness of Korean hemp or ramie cloth, white mulberry paper, and oiled floor-paper, a beauty which is achieved through repeated heavy starching or beating smooth with sticks. Such an approach to art can on the one hand engender a characteristic artistic quality of firmness and boldness of style, or on the other hand can result in a dry, stultified, non-artistic nature. In Korean esthetics, uniformity of color is not, however, an invariable concept, for when it reaches a certain point it is often transformed and expressed in cheerful brightness instead. In other words, color uniformity is not a consistent concept in Korean art, and, when it reaches its limit, it is given up for a turn in another direction. This may be due to a lack of tenacity and steadfastness, or instead may be related to the mocking humor that results from an easy slipping into a spirit of futilism, nihilism, or fatalism. The imperfection and musicality of shape manifest this humor. Thus two contradictory qualities, tranquillity and humor, are expressed together. Simplicity, warmth, and ingenuousness, expressed in lopsided form and in “tranquil humor” give Korean art a childlikeness, a childlikeness which is seen again and again in Korean images of the Buddha.

One aspect of irregularity in art is asymmetry, whether vertical or horizontal, whether it is the top and bottom or the opposite sides that that are not made to match. For example, the Tabo Pagoda and the Sokka Pagoda are placed symmetrically on the east and west sides Pulguk Temple in Kyongju, but the pagodas themselves are different from each other. The two pagodas at the eastern foot of South Mountain in Kyongju, still known as “South Mountain Temple Site” for the temple that once stood three, are also symmetrically located but not matched. This asymmetry is especially clear when compared with the symmetry of the pair of pagodas at the Kameun Temple site in Kyongju. It is characteristic of this symmetry that the two halves of a single construction do not match, and this is true of the total layout of temples. Asymmetry in Korean architecture is most evident in the way in which common dwellings are built: they are not at all symmetrical like those of China. This same asymmetry appears in the lopsided forms of pottery but is even more evident in Korea’s woodcrafts, even in window and the door frames. These woodcrafts typically display the free play of fantasy and imagination, and so possess a characteristic musicality. In Korean art, fantasy and musicality are not any particular period but are characteristic of the entire tradition. 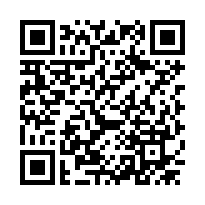