What are the characteristic of traditional Korean art? Though what we call “traditional Korean art” has passed through thousands of years of changing trends and cultural exchange from the creation of the first man-made object to the year 1910 AD (the beginning of the Japanese occupation of Korea), still it can be asked, “What innate qualities can we see which have endured in Korean art through the transitions of thousands of years?” In other words, what distinctive characteristics comprise the traditional nature of Korean art? In answering this question, I think the first things we should mention are unconscious craft and unconscious design.

Skill as a craftsman did not govern the inheritance of the tradition of technique in Korean art: whether or not a man was a natural craftsman, if his status was that of craftsman, there was Korean custom. The tradition of craft was not passed down through skill but through family inheritance. When we look at it this way, traditional Korean art is not “art” in the modern sense of the word, and the only appropriate name for it in modern terminology is “folk art.” In fact, in Korea individualistic art, the art of personal genius and artifice, developed very title ; instead the art of common life, of all life—namely, folk art—forms the mainstream which has flowed down to the present. Thus Korea’s folk art express the total rhythm of the life of all the people rather than the characteristic culture of a certain class. Of course the art of Koguryeo and Paekje, and even the art of the shilla, Koryeo, and Yi Dynasties is by nature folk art. Beginning in Koryeo times Chinese literati art, an art of individuality and personal genius, became somewhat fashionable in Korea, but in Korea this art too mostly falls under the class of folk art, for the elements of individualism and personal genius are characteristically quite small. The main reason for this lack of individualism in art seems to be that in Korea a mercantile economy, in which the artist had patrons among an entrepreneur class, had not yet developed. 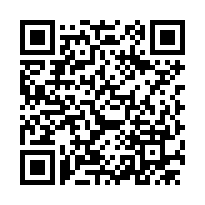