Around the Silk Road there developed a broad zone of transit and intercommunications, exposed by the sedentary population. In these desert regions, where even the rock, shattered by earthquakes, seems to defy man’s constructive efforts, the paucity of natural resources tended to limit the growth of the population and make it dependent on the commercial traffic. Agriculture, though possible only on a limited scale, was developed to the utmost by ingenious systems of artificial irrigation. Also used around the oases, these irrigation canals formed an essential part of the economy of the region watered by the Oxus and Jaxartes (Syr Darya), where they profoundly modified the nature of the country, whose economy was therefore very different from of Kashgaria, further to the east.

Although the regions we are considering form a unified whole, not only geographically, but historically and culturally, knit together by the caravan routes and trade relations, they can be divided into two different zones. The western zone, today Russian Turkestan, appears to have consisted of small feudal kingdoms which had behind them the experience of ancient cultures and civilizations deeply influenced by the interpenetration of the nomad world and the sedentary Iranians; such cultures as that of the so-called “villages with inhabited walls,” which reveals the gradual transition from the pastoral economy of the nomads to a sedentary way of life always based, however, on stock-breeding rather than agriculture. The eastern zone on the other hand, consisting at first of nomad hordes of the Scythian or Sarmatian type exposed to the pressure of other palaeo-Asiatic or Altaic tribes, was historically much more divided. It followed a different evolution corresponding to the ethic structure of its population, which included a large proportion of non-Iranian, Indo-European stocks; an evolution affected, moreover, by a variety of influences, from the classical west, China, Iran, and India.

The body of paintings so far discovered make it clear that the western part of Central Asia, though to some extent exposed to the religious currents of Buddhist India, was closely linked with Iran, and also with the Hellenized world and the non-Buddhist parts of India. It only remains to determine whether this link—evidenced by literary sources and a thousand points in common as regards religion, institutions, manners and taste—stemmed from Iran itself or whether, as seems more probable, this “outer” not only instrumental in shaping certain Indo-Iranian trends of North-West India and Afghanistan which may be considered the southernmost offshoot of Central Asian art; they also reacted on the artistic evolution of Kashmir, on much of the ancient art of Tibet (particularly painting), and even on Chinese painting of Buddhist inspiration. The extent of this influence is enough to demonstrate beyond any doubt the intrinsic significance and the vigour of Central Asian art. In view of vast repercussions of the problems it raised, the novelty of the aesthetic principles it obeyed, and a whole series of striking correspondences with the classical, Byzantine and medieval art of the west, it appears today as one of the most interesting of all the forms of figurative art produced in the eastern world. 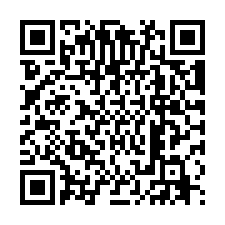