As Xie Zhiliu 謝稚柳 remarked, Tung Ch'i-ch'ang theoy has functioned as a Ch'an Buddhist kung-an (jap. koan 公案) in Chinese history. This holds particularly true for the 20th century. The first to doubt the historical correctness of Tung's scheme of a Southern and a Northern school, was young Tanaka Toyozo 田中豐藏 (1881-1948). He pointed out that the split had only appeared in Ming Dynasty painting criticism. Another great Japanese scholar, Aoki Masaru 青木正兒, demonstarted geographical and cultural inconsistencies in the concepts "southern and northen." Indeed, the scholarship on Chinese painting produced by 20th century art historians has to an amazingly large degree been an effort to see through and beyond the veil of Tung's theory. Parallel efforts were made to deconstruct the scheme of a division in Southern and Northern Ch'an Buddhism by scholars like Hu Shi 胡適 in China, Yanagida Seizan 柳田聖山 in Japan, and Philip B. Yampolski in the West.

The kung-an, however, which Tung Ch'i-ch'ang left to posterity still merits further meditaiton. Was the analogy between painting and Ch'an simply a convenient metaphor for Tung, or did it mean more to him? Like many intellectuals of his period Tung Ch'i-ch'ang studied Ch'an Buddhism. His teacher was the eminent Master Tzu-po Chen-k'o 紫柏真可, addressed as Ta-kuan 達觀 (1543-1603), one of the so-called four great monks of the Ming period. Tung named one of the studios Mo-ch'an-hsüan 墨禪軒 (Chalet of the Ch'an of Ink), and another one Hua-ch'an-shih 畫禪室 (Chamber of the Ch'an of painting). His most important collection of notes on calligraphy and painting was given the title Hua-ch'an-shih sui-pi 畫禪室隨筆 (Random Notes from the Chamber of the Ch'an of Painting). Only rarely however, does one find allusions to Ch'an Buddhist literature or specific Ch'an Buddhist terminology in Tung's writtings. His personal involvment with Ch'an Buddhism is tangible, nevertheless. It is the aim of his short paper to adduce two lesser known pieces of evidence for his involvment. One is a passage from the correspondence with his teacher Ta-kuan, and the other his inscription of 1631 at Cloud Dwelling Monastery (Yün-chü-ssu 雲居寺) south-west of Peking.

I take the liberty to begin with some personal reminiscences. In one of the first course which I attended at the University of Cologne in the 1960's, our teacher Werner Speiser introduced us to the research on Tung Ch'i-ch'ang's theory by Victoria Contag. Contag was probably the first to translate Tung's Hua-shuo 畫說 (at that time still ascribed to Mo Shi-lung 莫是龍) into a Western language.

Contag was a student of Otto Kümmel. It was one of Kümmel's many pathbreaking contributions that he opened the eyes of Westerners to the values and merits of later Chinese painting, that is painting after the Yüan period. In Berlin Kümmel avidly collected the pertinent new literature published in Shanghai and by the Palace Museum in Peking after its foundation in 1925. He also encouraged his students to do research in this field. Victoria Contag thus worked on the six masters of the early Ch'ing dynasty, including the "Two Stones," Shih-t'ao 石濤 and Shih-hsi 石谿, Werner Speiser worked on Yüan dynasty painting, as well as T'ang Yin 唐寅 and Pa-ta Shan-jen 八大山人, and Ernst Aschwin Prinz zur Lippe-Biesterfeld translated Li K'an's 李衎 treatise on bamboo painting. After World War II the later helped to transplant Kümmel's legacy to America, where studies on later Chinese painting flourished with most remarkable results.

When I came to Priceton in 1969, I had the good fortune that Fu Shen 傅申 was one of our fellow students. He had arrived from the National Palace Museum and just writing his path-breaking study on the Hua-shuo, in which he ingeniously and conclusinely proved that Tung Ch'i-ch'ang was its only author. Professor Shimada Shujiro 島田修二郎 gave one of his fabulous seminars and, as it happened, chose Tung Ch'i-ch'ang painting theory for a topic. Already in his first lecture Shimada, typically somewhat tongue in cheek, suggested that Tung Ch'i-ch'ang may not have reached enlightement. Shimada must have been referring to Kanda Kiichiro 神田喜一郎. Kanda had interpreted Tung Ch'i-ch'ang own boastful narrative how he experienced Ch'an Buddhist enlightement in 1585 as precisely doing the opposite. Even Tung's own master Tzu-po Chen-k'o may have had doubts about his student's seriousness on the path of Ch'an, as Shimada further suggested, hinting that evidance might be found in the Zoku zo kyo 續藏經. Yet he left it to his students to locate the passage.

Our master Shimada was referring to a correspondence between Tung Ch'i-ch'ang and his Ch'an master Tzu-po Chen-k'o (Ta-kuan). In one letter Tung proudly recalls how the master, when he first met him in the early 1580's, immediately entrusted the brilliant young scholar with writing a preface to a famous Buddhist text. This part of the letter is also quoted in Tung's Hua-ch'an-shih sui-pi.
Not qouted there, however, nor in any other pf Tung's writings, is the second part of the letter which consequently, has not been discussed nor cited in modern art historical literature.

The reasons why Tung Ch'i-ch'ang himself or the compiler of the Hua-ch'an-shih sui-pi, Yang Pu 楊補 (1598-1657), did not want the letter half of the letter be transmitted to posterity seem obvious. Here Tung had asked Ta-kuan's advice whether a career in the civil service would impede his buddhist studies. In doing so, Tung placed deep personal trust in his master. Yet after Ta-kuan had been put into jail and died there in 1603 Tung may have been reluctant to be associated to closely with his former mentor. Even more damaging to Tung's self-esteem was the master's unflattering answer. Ta-kuan compared Tung's pursuits of the Buddhist path to the longing for sex which will never disappear even if one leads a normal life. Therefore, the master ironically suggests, Tung might as well continue in his worldly ambitions. His unquited aspiration to pursue the Buddhist path would always stay with him.

The passage in Tung's letter reads:

And at that time I had just signed up for the civil service examination, and day after day was working hard for my candidature. I asked whether this would not rather be an impediment to my studies of the [Buddhist] path. The master said: 'Take for comparison a lecherous man who became sick with desire. Would such a man during [a day of] two time six hours rather stop wearing clothes, eating food, and meeting any social pbligations? Yet even though he constantly wears clothes, eats food, and meets all social obligations, his being sick with desire will continue without interruption. If he then resloves to cut it off, his sickness will become ever more deepseated.' This is what Li T'ai-pai means, when he says in his poem: 'If you draw a knife and cut with it through water, the water will flow even more.'
又余時方應舉，日用功舉子業。余問此於學道，寧不相仿否？師曰：「譬如好色人換思憶病，此人二六時中，寧廢著衣、吃飯、一切酬應否？雖復著衣、吃飯、一切酬應，其思憶病相續不斷。即作意斷之，其病益深。」李太白詩曰：「抽刀斷水水更流」是也。

The other piece of evidence for Tung Ch'i-ch'ang involvement with Ch'an Buddhism is his inscription of 1631 on the ouyside of cave number six of the nine rock caves on Stone Sutra Mountain (Shih-ching-shan 石經山) near Cloud Dwelling Monastery. The body of the inscription consists of the two large characters: "TREASURE TROVE (pao-tsang 寶藏)" and the signature "calligraphy by Tung Ch'i-ch'ang 董其昌書." To the left follow the names of the members of the party who came to the mountain on that particular day to engrave the inscription:

The Fire Director Hsü Li-li from Hsin-an, together with his nephew, the Secretariat Drafter [Hsü] Chih-jen, the Instructor Hsieh Shao-lieh, Huang Yü-ch'iu, Ho Ju-lin, T'ien Sui, and Li Tzu-chieh traveled to Small Western Heaven and engraved this stone.
In the 4th year of the Ch'ung-chen era of the Great Ming Dynasty [1631], in the 3rd mouth, on the 4th day.
司爟氏新安許立禮同姪中秘志仁、文學謝紹烈、黃玉虬、何如霖、田鐩、李自杰遊小西天勒石。
大明崇禎四年三月四日。

The inscription is engraved onto a retangular stone slab measuring 46 by 96.5 cm. It was originally set into the wall above the window lintel of cave number six. The original slab has been replaced by a replica and is now kept in the exhibition room of Cloud Dwelling Monastery. 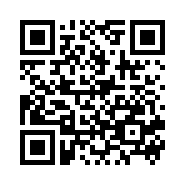