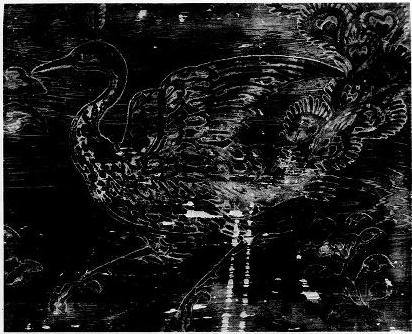 I. Introduction
(1) The parade of exotic creature and plants

The parade of exotic plants, animals and birds from mainland Asia to Japan in the seven and eighth centuries is documented by literary reference and by designs and motifs on surviving objects from this time. The most well known source for this evidence is the Shôsô-in Treasury with miraculously cataloged collection of surviving objects that clearly demonstrate that the easternmost extent of the great Tang international cultural milieu extended to Nara. The Shôsô-in stands as a treasure house for the study and understanding of intercultural relations along the silk road in the eight century through the intermediary of the arts and crafts. These objects have been extensively studied from the perspective of object type, craft techniques, colors and materials, designs and motifs with respect to the place of origin and manufacture. The present research is part of a project that focuses on design motifs and cross-cultural relationships on the Silk Road.

While these Shôsô-in treasures include objects imported from the mainland, the majority were produced in Japan. Many of the plants, animals and birds, clearly not native to Japan, that adorn the Shôsô-in treasures have been transmitted from the Asian mainland, as have their arrangements and settings. Their immediate source is Tang China, though often China itself is only an intermediary in their transmission from farther to the west, from the Persia and Sassanian empires. Heretofore unknown objects include works such as a lacquer coated woven basket vessel with a bird-shaped head, a silver stemmed cobalt blue glass, patterned silk textiles, decorated musical instruments, three-colored ceramic wares. The exotic character of these objects is without question.

The motifs adorning these objects reinforce their exotic character. Four-legged animals such as lion, tigers, camels, elephants, hippos, tropical long-tailed birds (along with various imaginary creatures) are visitors from unknown lands far off to the west; similarly, grapes, pomegranates, peaches and gourds. All of these motifs have an equally exotic mainland tenor extending from China to western Asia, as do their arrangements-symmetrical compositions of two confronting animals such as lions or deer, etc; hunting scenes with men, on galloping horses, turned in the saddle to shoot their arrows (the so-called “Parthian shot” motif); trees with leafy branches extending over animals or humans, landscapes with figures surrounded by strange animals and plants, roundels bordered by a string of pearls and plants, roundels bordered by a string of pearls and depicting subjects similar to the above, balanced confronting figures, often centered upon a tree, backgrounds of karakusa or hôsôge with assorted birds, sometimes holding flowering branches or pearls in their mouths, and animals inserted; the listed goes on. The specific significance of these motifs and arrangements, so much part of the cultures in which they originated, was mostly lost, at least on a superficial level, as the objects they adorned were transmitted thousands of kilometers and over hundreds of years from their sources. A closer examination of any number of these motifs leads to some interesting conclusions about these presumably neutral decorative designs. The consensus is that such subjects have become merely decorative motifs no longer with any additional significance. However, I believe it may be worthwhile to reconsider this kind of interpretation for may it not be that the significance of such forms remained alive at a deeper level of human unconsciousness. Nevertheless, the fact remains that many of these exotic, “purely” decorative motifs seem to have had little popularity in native Japanese art and design after the 8th century. The same applies to some of the objects as well. For example, the bird-headed ewer is one such form that all but disappeared after the eighth century.

Buddhist symbols and motifs, however, are clearly another issue altogether. Buddhism is intimately linked with the transmission of motifs across central into China and on to Japan. Buddhism transversed the Taklamakan Desert over both the northern and southern routes, leaving traces of its passage in oasis ruins that still remain to be thoroughly investigated. Perhaps the most well known western stopping point on the western side of the Taklamakan Desert for Buddhist travelers was Bamiyan, located in present-day Afghanistan, until recently Talidan-controlled; the most well known eastern point was Dunhuang, in the western Chinese province Gansu. The attitudes of the respective political powers with respect to these magnificent world heritage sites could not be of greater contrast—the Taliban, in their warped Muslim extremism, took great pride in destroying all traces of Buddhist culture; the Chinese are striving to preserve and restore the Buddhist grottos and their painting and sculpture in the areas around Dunhuang in recognition of their international importance. The treasure of the Shôsô-in also reflect the central role Buddhism played in the transmission of Tang culture to Japan. Buddhist deities, implements, vestments, scriptures are clearly identifiable. Buddhism and its symbols have continued to play important roles in Japanese culture to the present day. Perhaps of all the symbols associated with Buddhism none is more widely recognized nor has greater appeal than the lotus, both for its religious symbolism as well as the beauty and balance of its form. Other similar motifs associated with Buddhism include the karakusa and hôsôge motifs, cloud patterns, and flames.

(2) A General Classification of Shôsô-in Motifs and Designs

A good introduction to the Classification of Shôsô-in Motifs and Design layouts is Hayashi Ryôichi’s 林良一 “Introduction to Shôsô-in motifs” (「正倉院の文樣序說」). Hayashi uses the trem “Shôsô-in monyu” for the specific design motifs found on subjects in the Shôsô-in. Many of these design motifs remained hidden away in the Shôsô-in Treasury, never becoming very widespread in later Japanese art and design. Hayashi divides the motifs themselves into six broad categories; the layouts he divides into four categories:

The exotic, “western” and Chinese character of the motifs stems from both the freshness of the specific designs as well as their unfamiliar arrangement. Of course, the type of objects, the materials of which they are made, and the techniques used all contribute to reinforcing the uniqueness of the Shôsô-in treasures, the likes of which had not been previously seen in Japan. On the other hand, as mentioned above, many of these motifs did not later have much impact on native Japanese art and design. The imperial Shôsô-in Treasury has succeeded in capturing a moment in time, miraculously preserving for later generations, a brief glimmer from th 8th century of the easternmost expanses of the great Tang international cultural milieu. It is also true that some of these motifs found on Shôsô-in object did gain popularity. One such example is the peacock, an exotic creature non-native to Japan. 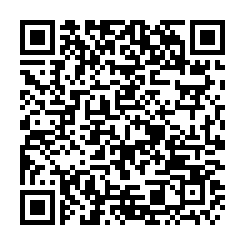